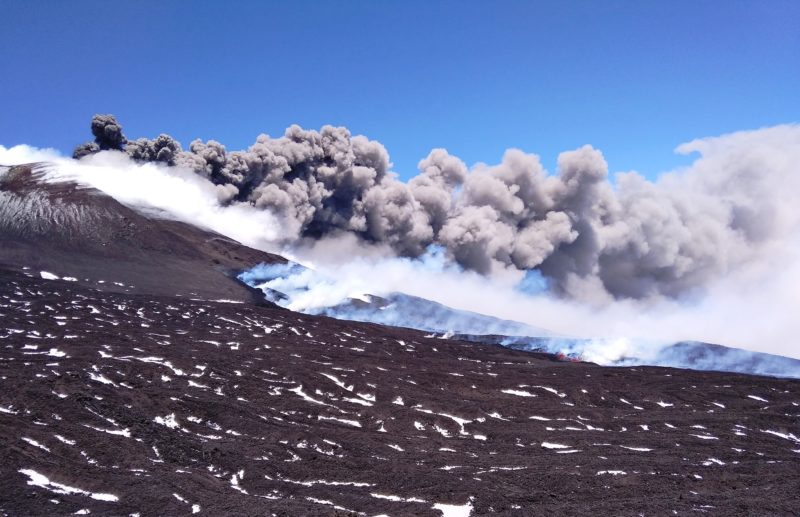 In the early hours of May 30, the sensors of the monitoring network of the Italian Institute for Geophysics and Volcanology (INGV) recorded a sudden increase of the volcanic tremors, a signal usually associated with shallow movements of magmatic fluids. At 5:35 am, local time, two effusive fissures opened at the southeastern and northern base of the New South-Eastern Crater (NSEC) at about 2850 m asl.

Volcanic tremor recorded by the INGV network in the period May 28 – June 4. Source: INGV/OE 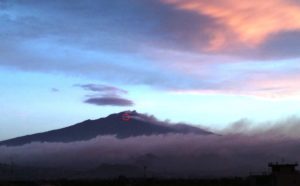 A field survey was immediately carried out by ViVo Etna.  We observed that early phase of the lava emission was accompanied by periodic explosions at the summit of the NSEC. The explosive activity became almost continuous at about 11:30 am, and the ash clouds were stretched by the strong wind and falled-out in the north-eastern periphery of the volcano. Explosions ended in the evening of the same day. The effusive activity in the south-eastern fissure was really impressive: lava fountains and lava spattering along several portions of the fissure. 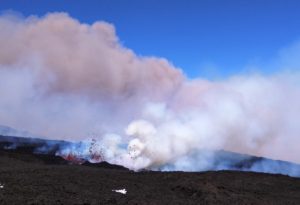 Lava emission from the fissure at the southeaster base of NSEC. Picture take at 2.10 pm local time.

In the following days the activity stabilized and a hornitos formed in the upper part of the fissure consequently to the continuous spattering. Two different lava flows were simultaneously poured from the two fissures. The southern one reached the minimum elevation of 1700 m asl inside the “Bove” Valley. Since June 4, the emission rate progressively decreased. The northern lava flow stopped, while the southern one stopped on June 6. The eruption was finally declared finished by INGV at 11.01 am local time.