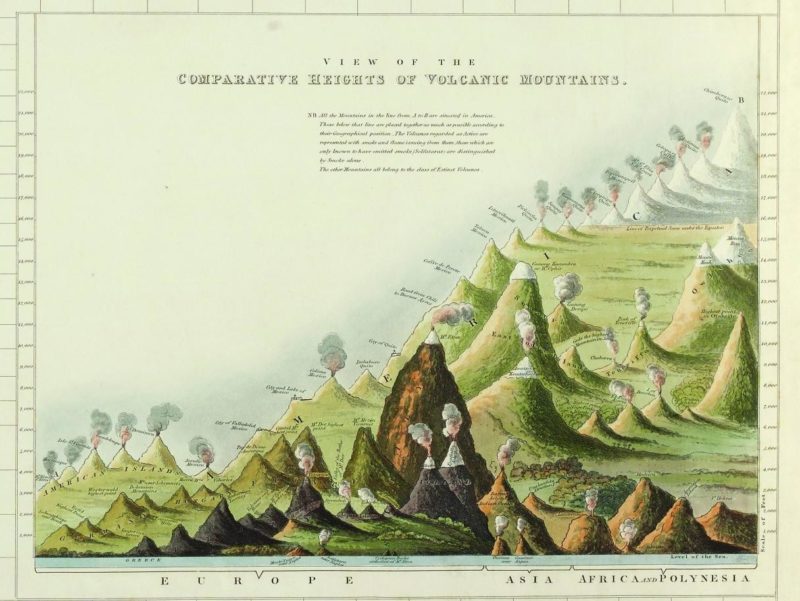 In the 19th century the volcanology as proper science was not born yet. However, some among the naturalists were fascinated by those particular mountains and they can be regarded as pioneering volcanologists.

Sir. Charles Daubeny, Professor of Chemistry in the University of Oxford, commissioned this map to show the comparison among several volcanoes in the world, probably the most popular at that time. In the map the volcanoes are grouped according to their geographical position and their state of activity is roughly classified. Active volcanoes are represented with smoke and flames, dormant ones with smoke alone, all the others are the extinct ones.

Also the Italian volcanoes are drawn. Etna is depicted at the centre of the map and is the most outstanding among all the volcanoes. In this way Etna was probably considered at that time! Stromboli, Vesuvius, and Panarea are also shown, as well as some smaller secondary craters. 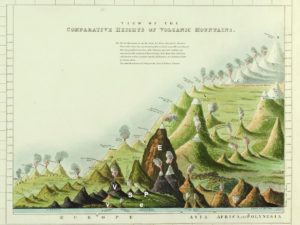 Painted by J Neele for Charles Daubeny in 1827.